Washington State was the 42nd state to enter the union. It houses some of the country’s major corporate offices and is home to one of the wealthiest men of the world. Named after, George Washington, the United States first president, with Olympia as capital, Washington is the nation’s biggest producer of the famous Washington Apple. The state was also known before as Columbia after the Columbia River after statehood was changed to Washington to help distinguish from the capital District of Columbia Due to the great mountain range located in most of the state’s territory, Washington is home to most of the glaciers than all other 47 contiguous states combined. Mount Rainier is the highest point in the state named after a British soldier named Peter Rainier. The world’s longest floating bridge is also located in the state crossing over Lake Washington connecting Seattle and Medina. 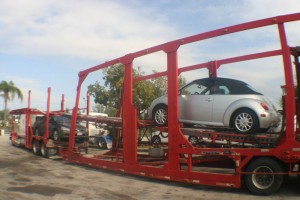 Washington home for the rich and the wealthy is called home by Bill Gates, founder of Microsoft, one of the wealthiest men in the world; also his main Microsoft Corporation headquarters are located in Redmond. Boeing also has its headquarters located in the state and owns the biggest building in the world located in Everett. King County named after William R. King, vice president under President Pierce reign, was later renamed after Martin Luther King Jr. Washington also gave birth to Jimi Hendrix and Bing Crosby. Starbucks, one of the biggest coffee chains in the world was founded in Seattle. Zillah has the country’s oldest operating gas station in the country.

Washington state is a well traveled route for car transport , Both open car shipping or enclosed car transport services. With that said, it has some points better to be known before in order to enjoy the full perks of the service when shipping your car in or out of the state.

Washington is a state that is mainly formed of mountains and most points in the state are not accessible, if so they are more risky and therefore, cost is higher. Depending on where you are located in the state and require a car transport service, it is sometimes more cost effective to meet the driver in a closer area. Washington is also comprised of many islands and transportation can be sometimes less accessible for a carrier. In cases like this it is recommended to move the car with a ferry to the mainland in order to have it picked up. The same way it is recommended you meet the driver in the mainland for delivery and then transported with a ferry to final delivery point.

Winter season is a heavy menace to the state in most of its industries, because a heavy range of mountains goes through the state, heavy snowfalls are very common and cover most of the state during the season. Roads are closed completely sometimes for days until cleared up and transportation is almost impossible. During this time, delays are almost guaranteed unless road conditions are cleared up in time. It is important to plan in advance for delays in case you are shipping during this time of year.

Most people flee these conditions to the southern parts of the country like southern California and Las Vegas; these people, also known as snowbirds travel south at the beginning of the season and then transport back up north once winter is over. This is one of the most busiest times in the western coast and trips south are in higher demand than north, therefore, prices to ship a car south are much higher. Since demand is high driver availability is high and trips are done almost weekly, however if traveling north it is important to plan in advance and be prepared for the difference in charge.

Washington, although has a great disadvantage due to the type of land and the heavy winter season, has a great advantage for its location as well. Washington borders with Canada and is the Pacific Ocean serving as a main access for overseas shipping and into Canada. It is important that in when booking transportation overseas or across the border you have proper paperwork filled out to avoid in problems with customs at any given point. In the event you need to ship the car across the border a customs broker may assist you with the paperwork. Fees are separate and have to be paid for before booking the transportation as this will cause delays and bigger issues while crossing. Remember the driver will have possession for your car and he cannot respond further than the paperwork he is provided beforehand. Your car may not be the only one transported and he cannot be held back due to missing or incorrect paperwork, your car may be left behind in storage and this will cause extra payments and headaches for you.

Shipping overseas also require paperwork, make sure you have this covered and also schedule your shipment as most ships leave determined dates and require that all cargo, in this case cars be submitted before a cut off time or they will be put in storage for the next vessel at your pocket’s cost.

One of the major events in a teenager’s begins after high school and they are headed to college. Most people are moving in from different states and countries and need assistance with moving in their belongings to make this transition as easy as possible. To schedule a car shipping service for college it is important you provide the first available pickup date and most importantly the drop off date as most students will be traveling during transit time as well, it is important to schedule an alternate delivery contact person in case you don’t make in time to receive the car and take care of payment.